Jessie Rogers and her husband, Kit, head to Alaska with their family to rekindle sailing adventures of the past

Admiralty Island is protected from the Pacific by Baranof and a string of other islands. Photo: Mark A Johnson / Alamy

Standing on the bow of our borrowed 36ft steel cutter, I watched as my four children paddled the inflatable kayak through the iceberg-laden water. The sea had been busy with humpback whales that day and they had been unsure about launching the kayak at first, but with their father’s calm encouragement they had donned their lifejackets and paddled out.

I was feeling distinctly less calm as I watched my entire progeny drifting through the freezing waters in the flimsy looking craft. Then, breaking the surface with a breathy sigh, a whale appeared just metres from the boat. For a few moments Kit and I looked on as this enormous beast shared the waters of the Alaskan archipelago with our awestruck boys who could do little more than sit and stare. And then, quietly, the whale lifted its huge tail fluke and disappeared below the surface.

In our early twenties, Kit and I had lived and worked at sea on sailing boats researching whales and dolphins, before running our own boat as a filming platform for the first BBC Blue Planet series. As our filming contract was drawing to an end I found myself pregnant with our first son. Despite a valiant attempt to continue running a charter boat with a baby in tow we finally caved in, to a resounding chorus of “I told you so” ringing in our ears.

Three more sons later and we had well and truly hung up our long-distance sailing boots. Eventually we became involved in helping to run the family Contessa boat yard in Lymington and, as the bonds of family and commitment took hold, we relinquished dreams of setting sail anywhere exciting. Getting all six of us back to the sorts of places we had been lucky enough to go was, we realised, financially if not physically impossible.

In the end we realised how lucky we had been to have our stolen decade of being ocean nomads while we were young and free, and took our pleasure vicariously from our customers instead as they breezed in with salt in their hair and stories fresh in their hearts.

And then came a message from an American filmmaker friend who we had worked with in the Sea of Cortez. Shane Moore is an exceptional cameraman who has spent time filming in some of the most challenging and inhospitable places on earth. I’ll always remember the Skype call that would give us the chance to show our boys some of the wonders we’d been lucky enough to experience.

“I’ve got myself a steel sailboat up in Alaska – she’s just sitting there if you ever want to use her”. It took about one and half minutes before we decided to call back. Do you really mean it? Then yes, we’re coming.

Just reaching Southeast Alaska was an adventure: flying first to Vancouver, then Seattle, then finally into Juneau and a part of the world where the roads end and the only way to reach your next destination is by seaplane or boat. We found the 36ft Brent Swain steel cutter Tagish tucked in a little marina in the north of Juneau town, sandwiched between no-nonsense fishing boats, the odd motor cruiser and very few other sailing boats.

The boys were enthralled by the sea eagles circling above and the huge salmon flicking their tails around in the icy water. They entertained themselves fishing while we familiarised ourselves with the boat. Provisioning was expensive and the local supermarket was an eye-opener with rows of vegetables alongside semi-automatic hunting rifles lined up for anyone to buy.

It was essential to get our provisioning right because our plan was to circumnavigate the uninhabited Admiralty Island. Admiralty is still sheltered from the Pacific by further outlying islands and the sea state at this time of year is predictably calm, meaning we’d have to do quite a lot of motoring but there’d be nowhere to stock up on food or refuel.

Tagish was perfect for us, not dissimilar in layout to our Contessa 32 but bigger; she was a no-frills sailing boat with a large fuel and water tank, a cosy yet unfussy interior and an inflatable kayak as a dinghy. There was just enough room for the six of us, although one of our sons elected to sleep on the floor rather than share a bunk.

As we set off from Juneau across the harbour I looked back across at Kit, cradling a cup of coffee with a massive grin on his face. It was like stepping back 20 years.

Navigating in these waters has become decidedly more straightforward since then. Where previously a GPS position would need to be methodically and regularly recorded on to the paper chart, today a glance at the downloaded Navionics chart meant we had an accurate position and chart data even when out of range of phone signal.

Nonetheless, although downdraft katabatic winds from the mountains and glaciers were unlikely at this time of year, a combination of icy waters, a tidal range of up to 7m and less than hospitable conditions ashore meant there was still no room for complacency.

Snow-capped mountains are the backdrop to sailing in Alaska. Photo: Mark A Johnson / Alamy

Our first night was spent tied up alongside on a government funded dock in Taku Harbour, the wooden remnants of the old pontoons poking up around the cove like rotten teeth. The bays and inlets in this part of the world are mind blowing. You could head down any number of the tributaries we saw on the charts and spend a whole two weeks simply exploring these back waters.

This now deserted part of the world had once been thriving with traders: fur, gold, fish; so many natural resources that drew people from all over the world into this extraordinarily abundant yet challenging landscape.

Leaving Taku Harbour the next morning the air was chilled by the drifting icebergs sent down through the nearby inlet of Tracey Arm from the calving Sawyer Glacier. We were moving away from the day-tripping range of Juneau and the only other vessels sharing the waters now were one or two fishing boats and the occasional distant cruise ship.

But in the 25 years since Kit was last here things seemed to have changed and within hours of our second day out we found ourselves in what could reasonably be described as humpback soup. We motored on through the still calm waters wondering if a whale might breach right on top of us.

Nosing our way into a long finger of a harbour on the evening of our fourth day we noticed a distinct rattle from the engine. Although not strictly an engineer, Kit has spent a respectable amount of time dismantling engines in remote locations and is pretty handy when it comes to keeping things going.

Berthed in Petersburg for repairs, the Rogers family were made very welcome by locals

We dropped the anchor and Kit took off the front of the engine. Though we’d have loved to stretch our legs, a combination of massive mosquitos, bears strolling along the beach and the inflatable kayak that would accommodate only four of us at a time kept us firmly on board.

After an hour or so of tinkering Kit found we needed a new crank pulley and would have to make a detour to the fishing village of Petersburg further south to try to pick one up.

There was no phone signal in this backwater of Admiralty and as we motored gingerly off the anchorage the next morning, away from the comfortingly named Snug Cove, we were feeling vulnerable.

Attempting to hail a distant fishing boat on the VHF we realised we had no VHF contact either and would have to get close to Petersburg before we could hope to contact Shane and try to order the part.

With extraordinary efficiency Shane managed to get the part delivered in a matter of two days, in which time we’d been welcomed into the small fishing community of Petersburg with open arms.

Don Holmes and his wife Susan lent us their truck, welcomed us into their house for dinner, showed us around the island and even took the boys and me on a tour to a nearby glacier in their boat while Kit fitted the newly arrived part to the faulty engine.

By the time we left Petersburg three days later we felt much more at home in these remote waters, bolstered by renewed confidence in our engine and the knowledge that the local waterborne community was looking out for fellow mariners.

Sailing on towards a tiny settlement on the south of Baranof Island, where the hot springs bring a smattering of seaplanes and the odd seafaring tourist, we passed a family of sea otters. Lying on their backs they were seemingly unperturbed by us as drifted close by them.

Baranof Springs is also a seasonal home to a small and dedicated group of researchers who have been studying the whale and dolphin population here for many years. They confirmed that despite remaining firmly on the endangered species list, many more humpbacks are coming to these waters to feed than were here when Kit last visited on a trip to make an IMAX film called Whale 25 years ago.

Now we were on the home stretch and heading away from Baranof. We made our way across to the west of Admiralty Island, enjoying a slightly fresher breeze, which allowed us to sail and cover some ground without the use of the engine. Feeling confident now in the boat and our surroundings we were tempted by the sight of a brown bear and her cub on the shore.

A westerly breeze meant we were on a lee shore but a quick look at the chart told us there was plenty of water, the cub was so sweet and we all wanted a closer look. Kit grabbed his camera and the boys were running up and down the deck.

The four Rogers boys whale spotting from an inflatable kayak

The water was getting thick with kelp and suddenly I had a gut wrenching sense that we were too close. As I shouted to Kit to check the depth I watched the colour drain from his face; camera abandoned as he turned the boat abruptly up into the wind, started the engine and motored out the way we had come in. We had, after all, succumbed to complacency and felt suitably chastened by our close call.

As we drew towards the end of our circumnavigation we’d become quite accustomed to the prolific wildlife; bears wandering along the beaches, lob-tailing humpbacks, bow-riding dolphins and families of sealions had become a familiar sight. One day, as we made our way up the back of Admiralty, we passed by a huge family of Orcas.

Something harder to get used to was the extraordinary sense of your own vulnerability and insignificance in the midst of this vast and inhospitable landscape. In an age where the world feels overrun and overdone by humans it was a privilege to spend time in a part of the world where nature still appears to have the upper hand. Crossing the Med on a 51 foot sailing yacht Oceanis 51.1 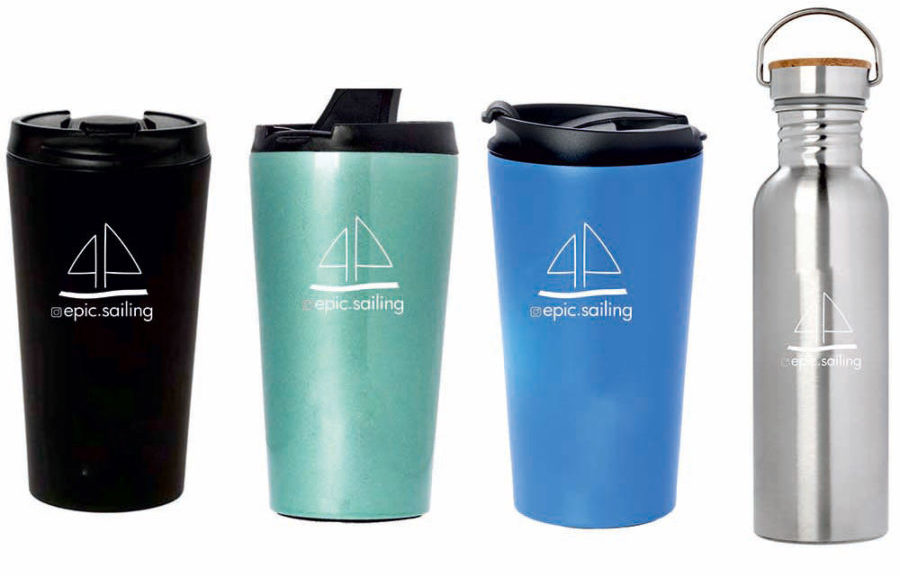